Many of our members were of the opinion we should try to retain as much of the railway line as possible, with the possibility of running tourist trains etc. I was one.

However, as far back as 2012 when we were in consultation with relevant governments, it became evident this was an economic impossibility, apart from the governments determination not to allow the corridor to be used in this way.

Talking to members of the group who ran the “Gympie Rattler”, after enjoying a great day out on that old train only reinforced this. They had, I believe, about 30,000 visitors p.a. and were unable to maintain the line.

At our last meeting, members of the group voted to now work towards utilising the corridor as a “Rail Trail”, with some significant parts of the historic infrastructure maintained where possible.

It would appear we are not the only communities to have had this discussion.

The following image is a scan of a letter to the Bryon Bay News, sent to our Facebook page from Pam Coles.

Just click the image to view a larger version. 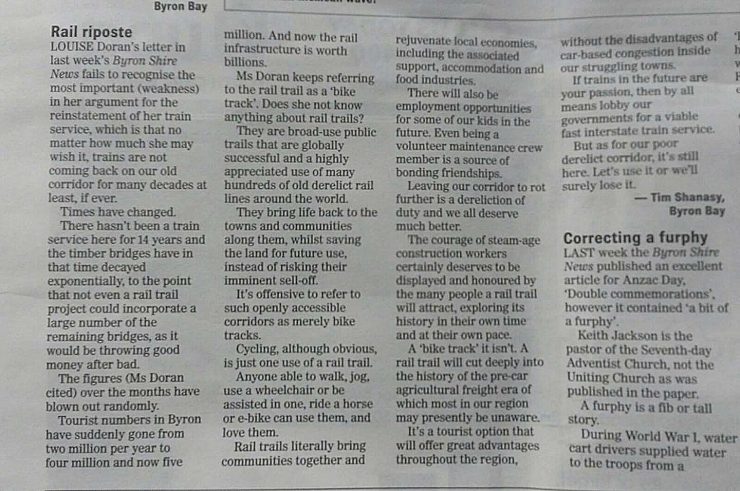